Addressing Workplace Gossip Without Getting Sucked In

Home Addressing Workplace Gossip Without Getting Sucked In 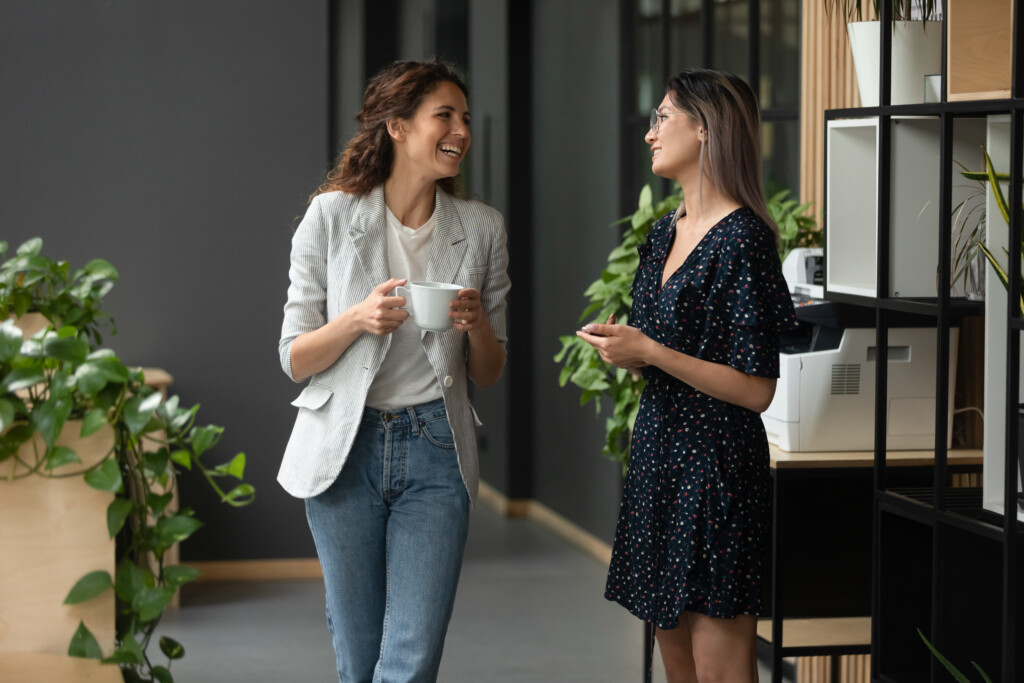 The way employees communicate either makes or breaks an organization. Spoken words are powerful containing the ability to help or harm others. One form of communication—gossip—is a killer of workplace culture. The way managers and employees respond to gossip either safeguards or erodes workplace culture.

What is workplace gossip?
In a nutshell, gossip is communicating negatively to a coworker about another coworker. When Alex says something negative about Addison behind her back that he would never say to her face, that’s gossip. While many sugarcoat gossip disguising it as a concern: Oh, I’m so concerned about Addison, did you know that he/she…

Don’t get sucked in.

Problem and impact
Gossip destroys trust and morale while creating a negative workplace culture. When it occurs, problems are not addressed, standards are lowered, respect diminishes, and relationships are strained. In July 2002, a survey conducted by Equisys, a business communications company, identified that the average employee spends 65 hours a year gossiping. Just multiply 65 times the number of employees to calculate the amount of time lost. I don’t believe it is possible to accurately estimate the loss of productivity as well as the impact of character assassination, the injury to reputations, or the hurt feelings and anxiety caused when rumors circulate.

Why gossip is difficult to address
It’s difficult to know how to avoid becoming an accomplice to this relational crime. No one wants a strained workplace relationship with a coworker. And no one wants to jeopardize their job or commit career suicide telling your manager or a CEO that you don’t appreciate hearing him/her talk about others behind their backs. Even so, remaining silent isn’t a solution as it can be interpreted as a form of agreement or endorsement.

Given that workplace gossip is a certainty, not a possibility, being prepared to respectfully and skillfully respond increases your job satisfaction, your career success, and prevents a toxic work environment. In addition, having a few response strategies on hand may help you survive your next family gathering.

How Do I Respond to Workplace Gossip?

Be curious. Ask gossiper to identify his purpose
I believe it was impulsivity, not curiosity that killed the cat. A curious cat would have asked questions to determine safety before crossing a busy street or highway. Asking questions, in order to understand, averts danger. Instead of getting pulled into what a gossiper is saying, ask Alex to identify why he is sharing this information (that you perceive as gossip) with you. Posing this question requires Alex to do some heart self-examination. Asking a question prevents you from coming across as a judge or finger-pointer. After hearing your question, Alex may stop talking, redirect the conversation or dismiss it completely. It’s possible he/she will stop gossiping to you simply to prevent hearing you ask this question. If Alex continues gossiping, read on.

Identify your discomfort, explain why the discomfort and share what you prefer
A gossiper is driving down a dangerous road and wants a travel partner. Reality is, anyone who gossips to you, will gossip about you. Under any circumstances, don’t get into the car! (Avoid being tossed out of the vehicle by Alex while traveling at break neck speed). Communicate your discomfort being placed in this situation. Explain why it makes you uncomfortable, and identify what you’d prefer to happen. Your response could sound like; I’m uncomfortable hearing anything said about Addison without her being present.

If the gossip is sugarcoated or disguised as a concern, state that you’d prefer that concerns be shared directly with Allison as it is awkward being informed of concerns about someone else.

Identify the impact on people and the organization
Unfortunately, there is no buzzer that sounds when conversations morph into gossip.
Gossipers are driving down a dangerous road. They need warning signs alerting them to the impact of their words. Here are a few: strained relationships, hurt reputations, damaged credibility, destroyed moral, eroded workplace culture and lowered productivity. Oh, one more, let’s not forget potential legal action.

Point out the impact of gossip that most concerns you. Your concerns may be that Addison’s reputation could get hurt, that the workplace becomes unsafe when people talk about others, or that conversations about people instead of work issues decrease work productivity and create a toxic environment.

Identify the consequences you want the gossiper to avoid
Gossipers commit relational crimes that have consequences whether or not the gossiper gets caught. Learn to skillfully point out the personal consequences this person wants to avoid. Do so while communicating your intention to shield Alex from making a costly mistake. If you can do this, you present yourself as a protector versus an attacker.

If Alex is a fellow employee, share that you want his/her coworkers to trust that he/she will maintain confidentiality. You want them to feel safe knowing that he/she will voice any concerns directly to them, not to others. If Alex is a manager, let him/her know that you want the entire department to feel comfortable bringing personal concerns to him/her, trusting they will receive support and confidentiality.

Final thoughts
Gossip doesn’t identify problems; it creates problems and workplace relational conflict. People don’t forget gossip, the person who gossiped or trust the gossiper. Anyone who gossips to you, will gossip about you. Gossip needs to be addressed and stopped. Ignoring is not a solution and can be interpreted as a form of agreement or endorsement. If unaddressed, gossip becomes an office norm. When organizations train managers, teams and staff to effectively respond to gossip thereby nipping it in the bud, workplace culture is protected and supported.

Lorie Reichel Howe is a featured columnist for Women Lead, the official blog of Connected Women of Influence. Lorie is founder of Conversations in the Workplace. She leverages over 20 years of expertise in communication and relationship management. She equips managers and teams to have “safe conversations” – transformative dialogue that uncovers hidden workplace issues. Whether issues are challenging team dynamics, mismanaged expectations or good old-fashioned bad behavior, “safe conversations” foster greater innovation, inclusion and collaboration within the organization.