According to Men……..What Women Do That Sabotage Their Success in Business

Home According to Men……..What Women Do That Sabotage Their Success in Business 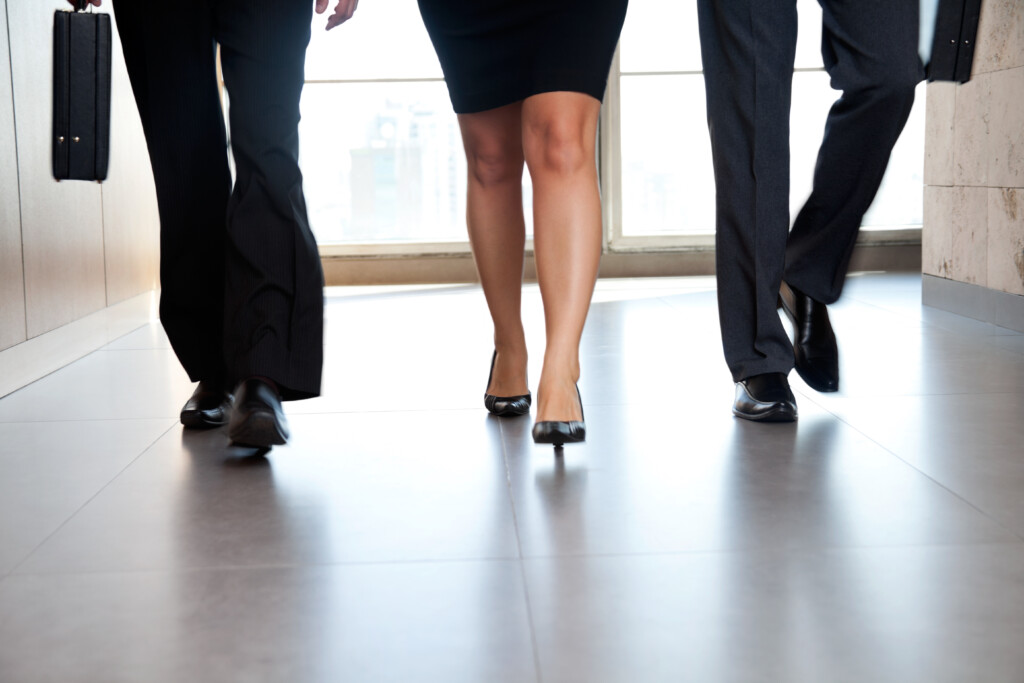 With the men speaking for themselves, this ground-breaking panel was one of the liveliest panels I’ve ever attended, both at Connected Women of Influence and other groups. The 5 men who came to speak to CWI Members and guests on February 26th were brave and insightful souls. These men shared their personal experiences and opinions about what women do in the workplace to undermine their careers. They also shared opinions from other men, and even, what women do right in the workplace.

One of the men surveyed other men before the panel and shared the results. His 25 respondents cited the top 4 things that women do to inhibit their career as:

1. Trying to be sexy at work

2. Women attacking each other and being perceived as non-team players

3. Making the choice to be custodial parent

The first item is one that all of the men and some women in the room concurred with. There were a few discussions about women who use physical attributes to further their careers. One panelist noted it says a lot about not just the woman, but also the man upon who it works. It also segued into a discussion about point number two – that other women will judge the woman who dresses and acts like that and will not support them.  This wasn’t the whole cause, however, of women not mentoring and supporting each other on the job.

As for the second item, every woman in the room raised their hand when asked how many had experienced other women in the workplace trying to undermine them. One panelist put the phenomenon very well – women will say they will never work for a woman boss, but a man will never say that about other men. There were table discussions amongst the women (and the few men who attended in the audience) about why this is such a universal experience. Especially since, as one panelist asserted, women have a strong emotional intelligence for collaborative work.

There was concurrence with one of the male panelists in saying women are operating out of scarcity and fierce competition for what is perceived as the few or the one management position that women can achieve in a business. Some women posited this was self-fulfilling, while others believe it’s true in most organizations –there is less forgiveness for mistakes by women than there is for men and that once you lose a management position there are rarely slots open to women in other companies. The old boys’ network made its way into the conversation.

One gentleman at the table disagreed with the perception, believing men, like women, are just interested in getting things done. The women told him he was a rare breed – there were others, but they were not the majority. It’s certainly food for thought to consider whether this is self-fulfilling. The table (my table) discussed Meg Whitman and her one woman impact on the companies she’s led. She doesn’t ask permission and has changed the culture at her organizations in positive ways. Another woman brought up how Carly Fiorina was lambasted by the media for “failure,” while men CEO’s who fail are lauded by the press along with their multi-million dollar golden parachutes and “achievement” of other CEO jobs.

What Else Did They Have to Say About Women in Business?

Other ideas were that the non-team between women is associated with them stewing about slights, talking about each other, and taking things too personally. This is compared to men whose emotional reactions are to get angry and blow off steam and while they might hold a grudge, they don’t talk about it with everyone. They’ll go out for a beer with the other guy, and maybe backstab him later. Another idea was that women often need to work themselves up to be assertive and it comes out as confrontational (tone of voice, speed of talking, body language). This over abundance of emotion kills ideas when presented. Women can be impatient and assume there is another reason their good ideas are not immediately taken up, instead of expecting it takes time for ideas to be taken up by a group – like a board of directors or a management committee.

Another brief conversation was had about self-awareness, taking the initiative to learn about leadership, and women being held back by not being authentic (pretending to be like men and eschewing their femininity – which was stated as okay but a fine line to sexiness) and therefore being perceived as untrustworthy. It was universally agreed women who are themselves, straight-shooters, and naturally confident (a problem women seem to have at work because they tend to second guess themselves) do succeed.

As you would expect, the last two items caused quite a reaction in the room. The third one is just a fact of life that the women in the room know holds them back. One panelist insisted that the real leadership jobs take 65 hours per week and that’s the way it is. In truth, though, the room didn’t spend a lot of time talking about this issue because it’s not really a new one.

The fourth point, women tending to make decisions based on emotions, caused disagreement even amongst the panelists themselves. Two of them disagreed with the notion that women are more emotional than men and insisted everyone is emotional, it’s just expressed differently in the workplace and that it’s up to managers to be aware of their employee’s needs and be considerate of them regardless of gender.  Emotions happen. There were murmurs of agreement heard when one panelist described a male manager he knew who embodied all of the usual female stereotypes – petty, emotional, and vindictive.

I couldn’t possibly list every point or discussion here, but here are some takeaways from this highly valuable panel:

1. Dress for success – the person who dresses for the job up will get the promotion when talent is equal

2. Find someone to mentor you – male or female

3. Find another woman in the workplace to mentor –create teams amongst women

4. The belief in scarcity is self-fulfilling

5. Watch your tone of voice and body language when speaking up

6. Let it go, stop stewing, and stop gossiping about others in the workplace

7. Be self-aware and be yourself in the workplace, people will respect your authenticity

For those who didn’t get to attend this panel event, or like me thought two hours wasn’t enough, you’ll have a second chance on October 25, 2013 in Orange County, California.