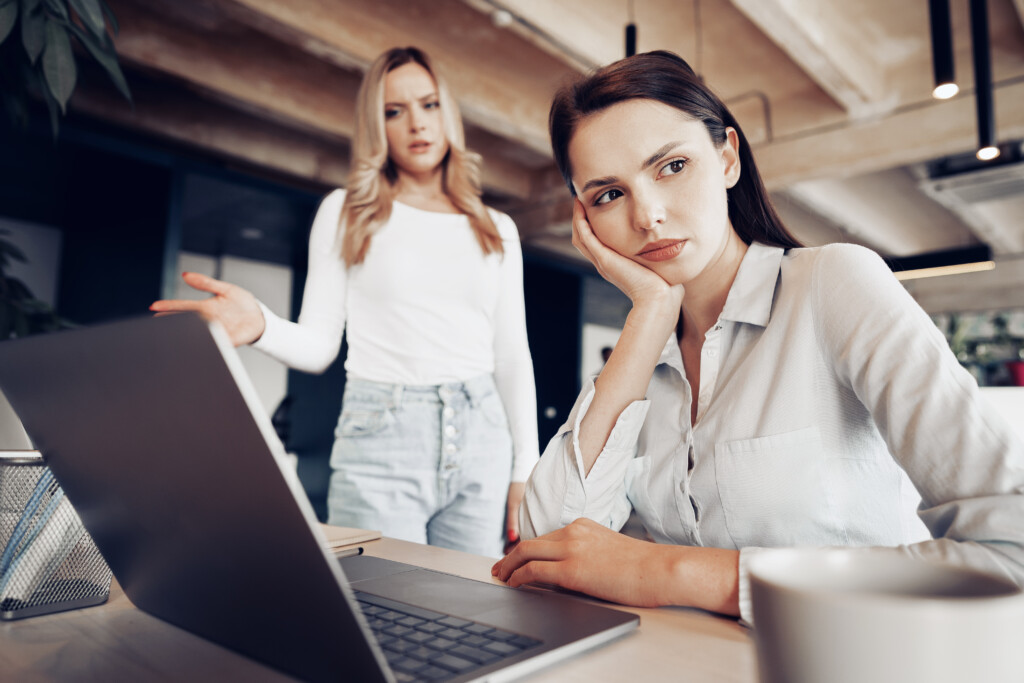 Quite frankly, the majority of us complain about work because it’s work. We are all guilty of doing so at some point. But then there are coworkers who get stuck on repeatedly complaining while making no effort to address and resolve issues. If you work with a chronic complainer, you may feel like you are held hostage and suffocated by their negative mumblings.

Recognizing a Chronic Complainer
I define venting as voicing concerns and frustrations in the moment. Venting is getting something off one’s chest one time. It is releasing negative energy by verbalizing negative thoughts in order to avoid completely losing one’s cool so you can move forward. It can help you to conceive of venting as something like partially lifting the tab on a shaken pop can to bleed off pressure and prevent a messy explosion.

Complaining, on the other hand, is expressing actual dissatisfaction, annoyance, or dislike of a situation. A chronic complainer repeatedly voices the same complaints but proves unwilling to share their concerns with the people who can work with them to solve problems. Oftentimes, complainers see other people completely at fault and claim that they have no power to influence change.

Moving Past the Complaint
If you regularly interact with someone who fits the description of a chronic complainer, try this four-step process for responding.

Step 1: Acknowledge Your Co-Worker’s Concern
While remaining neutral, assure your coworker that you heard their complaint. Do not argue or disagree, just acknowledge your coworker’s concern. This is an important step because it is hard for someone to receive suggestions or to see their situation differently until they believe their concerns is being treated seriously.

An acknowledgment could sound like, “It sounds like you have a concern regarding… “
Whatever you say, keep it brief and to the point, while succinctly and calmly describing a behavior or problem without getting lost in the details. Your complaining coworker may have difficulty identifying their core issue without getting absorbed in extraneous information or playing the blame game.

Step 2: Communicate What You Want and Don’t Want for This Person
Next, share what you want for the person making the complaint by respectfully voicing their concern and working on a solution. Communicate that you do not want them stuck because you understand that their frustration and anger will increase when the issue remains unaddressed.

Step 3: Ask: Are You Open to Suggestions?
Before investing any more time, ask your coworker if they are open to hearing a few suggestions for how they can respectfully request a conversation with a manager or supervisor to address their concern. Let the complainer’s response to this question guide your next response.

Step 4: Offer Suggestion or Gracefully End the Conversation
If your coworker is open to suggestions, suggest a conversation starter such as, “I have something I’d like to discuss with you that I believe will help us work together more effectively. Do you have a few minutes to chat right now?”

If your coworker is not open to suggestions, give yourself permission to end the conversation. This could sound like, “I hate to see you stuck, but I don’t have anything else to offer and I need to get back to my work.”

Invite and Release
Taking the four steps outlined above will protect your time and preserve your mental and emotional well-being while also promoting a positive workplace culture. Occasionally expressing frustration and anger can bring temporary satisfaction for anyone. Getting stuck with a coworker who is locked in a cycle of chronic complaining is unhealthy for everyone.

The solution is to invite a chronic complainer to voice concerns in a manner that supports positive change and fosters a healthy workplace culture. While their invitation may be declined, you will still have offered support to a colleague, escaped becoming a hostage to their negativity and released yourself from aiding and abetting a coworker in doing nothing to solve a problem.

Lorie Reichel Howe is the founder of Conversations in the Workplace. She leverages over 20 years of expertise in communication and relationship management. She equips managers and teams to have “safe conversations” – transformative dialogue that uncovers hidden workplace issues. Whether issues are challenging team dynamics, mismanaged expectations, or good old-fashioned bad behavior, “safe conversations” foster greater innovation, inclusion, and collaboration within organizations.